7/27/2011
Richard Retting Cashes in on Lifetime of Traffic Camera Advocacy
Father of the red light camera in America converts advocacy into personal revenue. 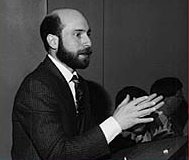 The one man most responsible for the spread of red light cameras in the United States is now enjoying the fruit of his labor. Richard A. Retting was New York City's deputy assistant commissioner for traffic safety programs as the Big Apple considered becoming the first in the US to operate intersection cameras. Planning for the program began in 1983 and continued through 1991 when then-Mayor David Dinkins activated the system. For this achievement, Retting was dubbed the father of the red light camera in America, and today he is earning money directly from the systems that have followed New York's lead.

Brekford Corporation is a Maryland-based firm that sells police car equipment, including video and surveillance systems. In December, the company decided to take on market leaders American Traffic Solutions and Redflex Traffic Systems of Australia in offering red light cameras and speed cameras to this existing client base. Brekford hired Retting to be a partner focusing on the automated ticketing business line.

"Brekford's automated photo enforcement program was implemented during December 2010, and the company is starting to see a fresh stream of revenues from this newly introduced program," CEO C.B. Brechin said in a February statement. "Brekford has been awarded automatic traffic enforcement contracts by several municipalities during the past several months and the implementation of these contracts we anticipate will bring added revenues and profitability to the company beginning this quarter."

So far, the company has so far lined up contracts with five Maryland towns: Fairmount Heights, Landover Hills, Laurel, Morningside and Salisbury. Revenues from the photo enforcement division grew from $100,000 in the start-up year to an expected $8 million by the end of this year. For 2012, the company forecasts $15 million as it lines up contracts in other East Coast states. If the firm is successful, Retting can expect to be well compensated.

That is the reward for Retting's eighteen years spent advocating red light camera and speed cameras for the insurance industry's lobbying arm, the Insurance Institute for Highway Safety (IIHS). To this day, reference is made to Retting's 1999 IIHS study on the effectiveness of red light cameras in Oxnard, California -- the first study of its kind in this country (view study, 1mb PDF). This work and a follow-up study in 2001 was criticized by a 2001 congressional report and an independent analysis appearing in a peer-reviewed journal in 2008 (read analysis). Retting's conclusions and comments on the topic have since appeared in thousands of news articles and influenced every city that has a program.

In a November article for the Institute of Transportation Engineers journal, Retting provided his lessons learned from the use of photo enforcement over the past two decades. Out of thirty-two footnotes, Retting cited himself ten times, highlighting his central role in the debate. Retting also works at Sam Schwartz Engineering, a consulting firm, where he offered the following advice to cities with red light camera programs: "Appearance of a revenue motive negatively affects public attitudes toward automated traffic enforcement."