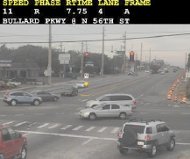 A number of Florida cities that rushed to install red light cameras without legislative authorization now face legal challenge. Florida attorney Jack L. Townsend, Sr joined with the firm Edwards and Ragatz on July 30 in filing a class action lawsuit against the city of Temple Terrace for allowing American Traffic Solutions (ATS) to operate a traffic camera program designed to generate $3 million in annual revenue primarily from vehicles turning right on red lights. Because the state legislature has consistently declined to allow automated ticketing, the legal status of such systems has even been questioned by the leading photo enforcement vendor.

Townsend's primary argument against Temple Terrace is that state law already covers the infraction of red light running and Section 316.007 of Florida statutes does not allow municipalities to "enact or enforce any ordinance on a matter covered by this chapter unless expressly authorized." A 2005, ruling by then-Attorney General Charlie Crist (now governor) advanced the same argument (view ruling).

Like other Florida cities, Temple Terrace claims to "get around" this restriction by creating its own type of ordinance violation that is adjudicated by a newly created red light camera "hearing officer." Townsend argues that the state constitution gave the legislature exclusive jurisdiction over the civil traffic hearing officer system and it cannot just create a quasi-judicial system on a whim.

"No other courts may be established by the state, any political subdivision or any municipality," Article 5, Section 1 of the Florida Constitution states.

Because Temple Terrace cannot use state law to enforce its camera tickets, the city's ordinance states that a vehicle owner who fails to pay a citation will be "denied any rights and privileges that such person may otherwise be entitled to enjoy, receive, or benefit from the city of Temple Terrace, including... the right to utilize municipal facilities, and the right to obtain any licenses or permits contemplated in the code." Townsend argues that this punishment is excessive and violates the due process rights of vehicle owners.

In 2007, the Minnesota Supreme Court ruled against an argument nearly identical to that of Temple Terrace based on a law, also part of Florida's code, requiring uniformity in traffic laws (view ruling).